The 17th Annual General Meeting (AGM) of the Foundation was held on 14 December (Thursday) at Foo Ka Chinese Restaurant. The Meeting approved the audited accounts and the Executive Committee (ExCo) Report, and appointed the following new ExCo Committee for the 2018 & 2019 term.

After the AGM, we were honoured to have Mr. Kevin Yeung Yun Hung, JP, Secretary for Education, Education Bureau, as our Guest Speaker, to give a speech on “教育施政的緩急先後 The Key Challenge for Education in 2018”.  Mr. Yeung’s talk was well-received and members enthusiastically participated the Q&A Session conducted by Mr. Tai Keen-man, Vice-Chairman of Education Foundation.

A cheque presentation ceremony, brief but formal, was held before the talk. Dr. Patrick Poon presented his donation to Mrs. Annie Chu, Supervisor of HKUGA Primary School, and Ms. Christina Wong, Principal of HKUGA Primary School, to support the School Extension Project.  Ms. Wong , on behalf of the School, expressed sincere gratitude to Dr. Poon for his generosity to support this Project. 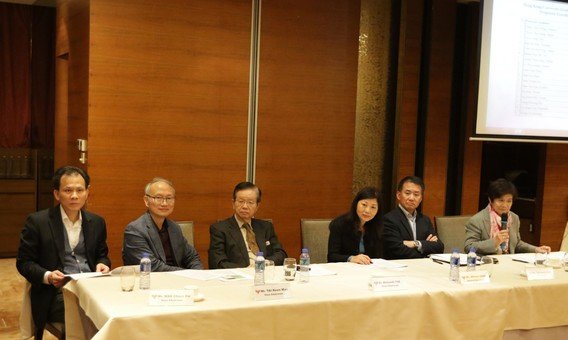 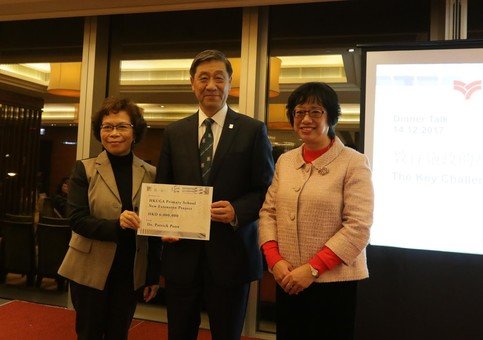 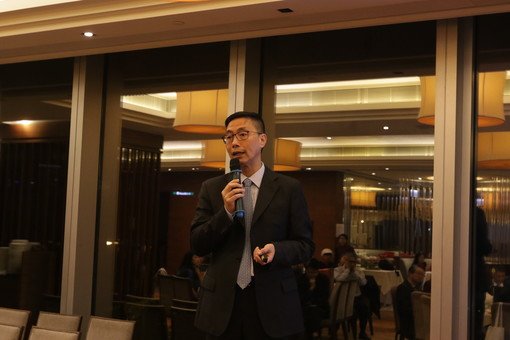 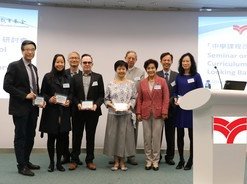 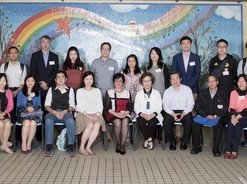